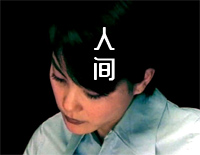 Free Mortal World piano sheet music is provided for you. So if you like it, just download it here. Enjoy It!

It was composed by Miyuki Nakajima. Nakajima had also written Wong's 1992 breakthrough song "Fragile Woman". "Mortal World" was also a hit single and became the closing song with which Wong would end her concerts thereafter. Nakajima re-recorded the song in Japanese as "Streams of Hearts" on her 1998 album Be Like My Child.