At Least For Now-Justin Bieber 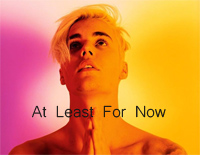 At Least For Now-Justin Bieber Introduction

Free At Least For Now piano sheet music is provided for you. So if you like it, just download it here. Enjoy It!

At Least For Now is a song by Canadian singer Justin Bieber from his fifth studio album Changes. Changes received mixed reviews from music critics, who were favorable towards Bieber's vocal performance and certain elements of the production, but criticized the album's lyricism and the lack of variation between songs. Similar to Purpose, Bieber released a series of dance videos for each of the tracks on the album, titled "Changes: The Movement". Billboard named Changes as one of "The 50 best albums of 2020 (So Far)".


Meanwhile, we also offer Love Yourself sheet music for you to download

The Lyrics of At Least For Now: