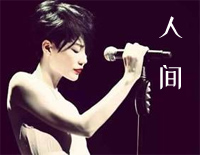 Free Mortal World piano sheet music is provided for you. So if you like it, just download it here. Enjoy It!

Mortal World is a song performed by Hong Kong singer-songwriter Faye Wong. It was included in her self-titled album which was hit at that time by the Asian financial crisis, and where Wong's old company Cinepoly released a compilation of her old songs to compete with EMI.

Meanwhile, Mortal World is used as an insert song for Les Aventures d'Anthony, a 2015 Chinese coming-of-age romantic drama film directed by Janet Chun, produced by Zhou Xun and based on a novel.


Besides, we also offer Mortal World-C Major Version sheet music for you to download
[ + More Information ]