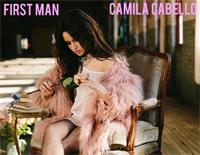 Free First Man piano sheet music is provided for you. So if you like it, just download it here. Enjoy It!

First Man is a song by Cuban-American singer Camila Cabello from her second studio album Romance. The song was announced as the album's seventh single on June 22, 2020. An official music video for "First Man" was released the previous day, in celebration of Father's Day. It features clips from Cabello's childhood with many of the footage containing videos of her and her father.

It has peaked at number 94 on the US Billboard Hot 100, following the live performance at the 62nd Grammy Awards. "First Man" is a pop-rock piano ballad. Lyrically it is about her relationship with her dad while she is in a romantic relationship with a "good guy".

The Lyrics of First Man: