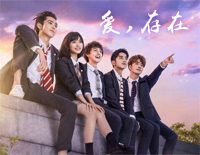 Free Love, Exist piano sheet music is provided for you. So if you like it, just download it here. Enjoy It!

Love, Exist is a song originally performed by Chinese singer Kiki Wei. Now it was covered by Wang Jing Wen Bu Pang. Meanwhile, it was an insert song for Meteor Garden, a 2018 Chinese television series starring Shen Yue, Dylan Wang, Darren Chen, Caesar Wu, and Connor Leong. The series is based on the Japanese shōjo manga series Boys Over Flowers written by Yoko Kamio, and a remake of the 2001 Taiwanese series of the same name.