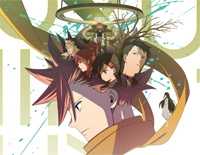 Free Other Side piano sheet music is provided for you. So if you like it, just download it here. Enjoy It!

Other Side is the ending theme song for Id:Invaded, an original Japanese anime television series by NAZ that is directed by Ei Aoki and written by Ōtarō Maijō. The series premiered from January 5 to March 22, 2020. A manga adaptation by Yūki Kodama began on October 4, 2019.

And Other Side is sung by Miyavi who is a Japanese guitarist, singer-songwriter, record producer and actor known for his finger-slappingstyle of playing a guitar.