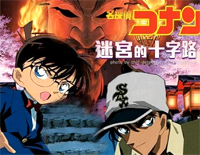 Free Time After Time piano sheet music is provided for you. So if you like it, just download it here. Enjoy It!

Time After Time, also named Time After Time (Hana Mau Machi de), is a song by Japanese singer songwriter Mai Kuraki, taken from her fourth studio album If I Believe.

It was released on March 5, 2003 by Giza Studio. The song was written by Kuraki herself and Aika Ohno, while the production was done by Cybersound. It was served as the theme song to the 2003 Japanese animation movie, Detective Conan: Crossroad in the Ancient Capital.


Meanwhile, we also offer different version of Time After Time sheet music for you to download
[ + More Information ]