Uma to Shika-No Side Manager Theme 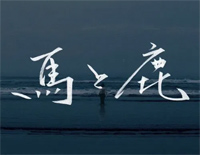 Free Uma to Shika piano sheet music is provided for you. So if you like it, just download it here. Enjoy It!

Uma to Shika
is the theme song of TBS television drama No Side Manager. It was performed by Kenshi Yonezu, a Japanese musician, singer-songwriter, record producer and illustrator who began releasing Vocaloid music under the stage name Hachi in 2009.

And Uma to Shika stands for a word game by putting apart Two kanjis of the word "baka" ("Stupid") with the particle "to" (and) to make the phrase horse and deer.


Meanwhile, we also offer PLACEBO sheet music for you to download
[ + More Information ]