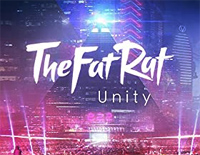 Free Unity piano sheet music is provided for you. So if you like it, just download it here. Enjoy It!

Unity is a 2014 song by German music producer TheFatRat. It was included on the album Sounds of Syndication Vol. 1 curated by Tom Cassell, one of the most subscribed streamers on Twitch. And it has more than 180 million views on YouTube, and his 2016 extended play Jackpot which reached 23 on the Billboard Dance/Electronic Albums chart. He peaked at 15 on Billboard's Next Big Sound chart in February 2015.


Meanwhile, we also offer different version of Unity sheet music for you to download
[ + More Information ]