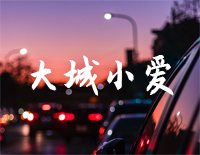 Free Big City, Small Love piano sheet music is provided for you. So if you like it, just download it here. Enjoy It!

Big City, Small Love is sung by Taiwanese-American singer-songwriter Leehom Wang from his album Heroes of Earth. And Heroes of Earth was the fastest-selling album of both 2005 and 2006, selling over 1 million copies ten days after its release. Subsequently, the album stayed as No. 1 in the charts for six weeks, and remained in the charts for 23 weeks, ultimately becoming 2006's third best-selling album. By 2007, about 3 million units were sold, and has since been Wang's most commercially and critically successful album. The album earned Wang a Golden Melody Award for Best Mandarin Male Singer for the second time.