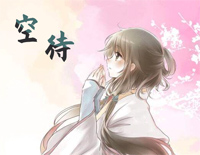 Free Waiting in Vain piano sheet music is provided for you. So if you like it, just download it here. Enjoy It!

The story takes place in ancient times when a scholar fell in love with the daughter of a wealthy family. The family opposed of this love and therefore, the couple was separated. They agreed to meet again in ten years and the scholar left behind a fan with his inscription on it.

Ten years later, the scholar returned, having become an officer leading thousands of troops and had successfully defeated the emperor. However, the girl's family had gone into decline and seclusion from the imperial court's corruption. In anger, the scholar burned down the capital and lead his troops away, passing by a village. There, he sees the girl he fell in love with, who became a woman. He watched her in peace, but sadly left. However, he never knew that the girl often silently cried for him and still had the fan he had given her from ten years before.