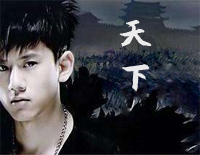 Free The World piano sheet music is provided for you. So if you like it, just download it here. Enjoy It!

The World is a song performed by Chinese pop singer Jason Zhang from his album The Day After Tomorrow. With its positive performance on the music charts, he won his first "Most Popular Male Singer (Mainland)" award. In 2009, for the album The Day After Tomorrow, Zhang gained 11 nominations in Beijing pop music ceremony and became the favorite figure.


Meanwhile, we also offer different version of The World sheet music for you to download
[ + More Information ]