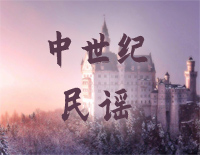 Free The Sound of Ocean piano sheet music is provided for you. So if you like it, just download it here. Enjoy It!

The Sound of Ocean is a piece of original music composed by Internet friend Libitina. It is also his second Medieval Folk. Medieval Folk is a musical subgenre that emerged in the early 1970s in England and Germany which combined elements of early music with rock music. It grew out of the British folk rock and progressive folk movements of the later 1960s.