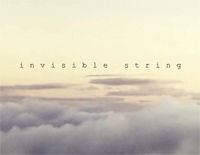 Free Invisible String piano sheet music is provided for you. So if you like it, just download it here. Enjoy It!

Invisible String is a song by American singer-songwriter Taylor Swift. It was included on her eighth studio album Folklore released through Republic Records on July 24, 2020.

Invisible String is an airy folk song that gives a "candid glimpse" into Swift's current love with English actor Joe Alwyn, recounting the "invisible" connection between them that "they weren't aware of until they met"; it alludes to Red thread of fate, an East Asian folk myth. It is built around thumping vocal backbeats and an acoustic riff, a distinct songwriting style that uses passive voice to create narrative remove, mentions Centennial Park, Nashville, and references Swift's past hits "Bad Blood", "Delicate" and "Daylight".


Meanwhile, we also offer Lover sheet music for you to download

The Lyrics of Invisible String: