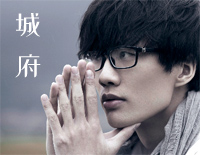 Free Shrewdness piano sheet music is provided for you. So if you like it, just download it here. Enjoy It!

Shrewdness is a song by Chinese independent musician Vae from his CD named Personalize released on Jan 10th, 2009. The CD was sold in advance from 11 Dec 2008 to 21 Dec 2008 and the number of sales broke 10,000 in just ten days. The CD had no commercial promotion outside of the internet community of fans. This attracted several musical companies, however, no company would publish his independent CD because of his requirements.


Meanwhile, we also offer different version of Shrewdness sheet music for you to download
[ + More Information ]