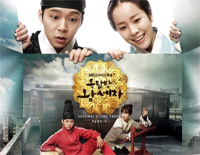 Free After a Long Time piano sheet music is provided for you. So if you like it, just download it here. Enjoy It!

After a Long Time is used as an insert song for 2012 South Korean fantasy romantic comedy television drama Rooftop Prince. The series is about a Joseon crown prince who, after his wife dies mysteriously, time travels to the future where he encounters familiar faces, modern-day devices, and corporate intrigue.

And After a Long Time is sung by Baek Ji-young, also known as Baek Z Young who is a South Korean singer. She made her debut in 1999.


Meanwhile, we also offer different version of After A Long Time sheet music for you to download
[ + More Information ]