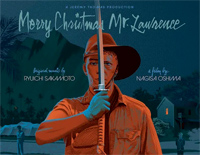 Free Merry Christmas Mr. Lawrence piano sheet music is provided for you. So if you like it, just download it here. Enjoy It!

Merry Christmas Mr. Lawrence is used as an insert song for 1983 British-Japanese war film with the same name. And it was composed by Ryuichi Sakamoto, a Japanese composer, singer, songwriter, record producer, activist, and actor who has pursued a diverse range of styles as a solo artist and as a member of Yellow Magic Orchestra (YMO).

In 2000, a remix of Sakamoto's "Merry Christmas Mr. Lawrence" titled "Heart of Asia" was released in Europe by dance project Watergate. This version was a success, reaching number three on the UK Singles Chart and number four in Denmark.