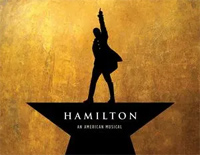 Free One Last Time piano sheet music is provided for you. So if you like it, just download it here. Enjoy It!

One Last Time is a song from the second act of Hamilton. It was first performed on Broadway by Christopher Jackson, in the role of George Washington, with Lin-Manuel Miranda as Alexander Hamilton.

The cast of Hamilton performed this song for the Obama White House as they neared the end of their eight-year tenure. Obama led the room in a standing ovation. Hamilton cast member Bryan Terrell Clark said "There's no way that any actor on that stage can say the words that we're saying and ignore the political climate that we're immersed in right now." Mashable explains the point of the song: "No matter how many people chant "Four more years!"—he believes his duty is to be a citizen and exit gracefully."


Meanwhile, we also offer A Winters Ball sheet music for you to download

The Lyrics of One Last Time: