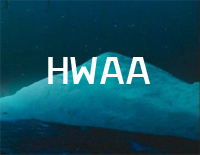 Free HWAA piano sheet music is provided for you. So if you like it, just download it here. Enjoy It!

HWAA is a song recorded by South Korean girl group (G)I-dle, released on January 11, 2021, by Cube Entertainment and Republic Records as the second track and lead single of the group's fourth extended play, I Burn.

Hwaa is described as a song that expresses the feelings after a breakup with the ambiguous subject of hwa. The song sings about the pain of love using the burning fire and colourful flowers in the cold winter sensibility as a metaphor. Musically, it is primarily a moombahton track, with elements of dark pop, dream pop, synth-pop with an oriental musical instrument added to the arrangement, and has double entendres about fire and flower with addictive hook and lyrics that show gradual change.

Commercially, the song debuted at number one on South Korea's Melon Chart and become the first song by a fourth-generation idol group to chart-in. The song eventually became the group's first top-five hit, peaking at number four on Gaon Digital Chart and their first chart-topper on the component Download Chart. It also attained commercial success on Billboard charts, peaking at number 5 on K-pop Hot 100, number 6 on World Digital Songs and number 173 on Global Excl. U.S..


Meanwhile, we also offer Oh My God sheet music for you to download
[ + More Information ]