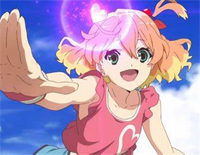 Free Bokura no Senjou piano sheet music is provided for you. So if you like it, just download it here. Enjoy It!

Bokura no Senjou is a song performed by Walküre as an insert song for the anime series Macross Delta.

Macross Delta, stylized as Macross Δ is a science fiction anime television series that aired on Tokyo MX in Japan from April 3, 2016, to September 25, 2016. The fourth television series set in the Macross universe, it is directed by Kenji Yasuda (Arata: The Legend, Noein) and written by Toshizo Nemoto (Log Horizon, Tokyo Majin) with Shōji Kawamori being the chief director and mechanical designer, while Chisato Mita handling the original character design. Kawamori is also credited as the original creator along Studio Nue.