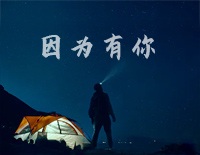 Free Because Of You piano sheet music is provided for you. So if you like it, just download it here. Enjoy It!

Because Of You is used as the theme song for You Are My Hero which is a new military-medical romantic drama. Adapted from the novel of the same name, You Are My Hero tells the love story of Xing Ke Lei (Bai Jing Ting), a special ops agent on the SWAT team, and Mi Ka (Sandra Ma), a doctor, as they work together in joint emergency rescues.

And Because Of You is performed by The LifeJourney. The LifeJourney, one of the most popular bands in "The Big Band," is composed of the vocalist Kong Yichan, also known as Yann, the guitarist Huang Zijun, also called Mali, the keyboard player Wei Wei, also called oldbanana, and the drummer Xu Biao.