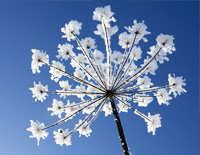 Free Edelweiss piano sheet music is provided for you. So if you like it, just download it here. Enjoy It!

Edelweiss
is composed by Richard Rodgers who was an American composer of music for more than 900 songs and for 43 Broadway musicals. He also composed music for films and television. He is best known for his songwriting partnerships with the lyricists Lorenz Hart and Oscar Hammerstein II. His compositions have had a significant impact on popular music up to the present day, and have an enduring broad appeal.

And Edelweiss is one of soundtracks to the 1959 Rodgers and Hammerstein musical The Sound of Music. It was created for the 1959 Broadway production of The Sound of Music in the role originated by performer Theodore Bikel as a song for the character of Captain Georg Ludwig von Trapp.

Meanwhile, we also offer different version of Edelweiss sheet music for you to download