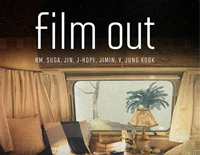 Free Film Out piano sheet music is provided for you. So if you like it, just download it here. Enjoy It!

Film Out is a song recorded by South Korean boy band BTS for their upcoming Japanese-language compilation album, BTS, the Best. It was released on April 2, 2021, through Universal Music Japan.