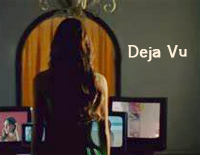 Free Deja Vu piano sheet music is provided for you. So if you like it, just download it here. Enjoy It!

Deja Vu is a song by American singer Olivia Rodrigo. It was released through Geffen and Interscope Records on April 1, 2021, as the second single from Rodrigo's upcoming debut studio album, *O*R. The song was announced on her website and via her social media accounts on March 29, 2021—three days before the song's release.

Quinn Moreland of Pitchfork stated that with "Deja Vu", Rodrigo proves to be "pop music's next heavyweight", complimenting the song's "delightfully ensnaring" production and deemed it a "sassy" and "bittersweet catharsis". Tom Breihan of Stereogum commended its stylistic change of pace from "Drivers License", describing it as a "giddy, stomping pop banger with a euphoric-singalong chorus", although he also noted its similar subject matter.


Meanwhile, we also offer River sheet music for you to download

The Lyrics of Deja Vu: