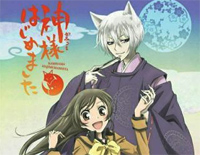 Free Iwai! Koi bana jōju! piano sheet music is provided for you. So if you like it, just download it here. Enjoy It!

Iwai! Koi bana jōju! is used as an insert song for Japanese anime television series Kamisama Kiss. And it was composed by Toshio Masuda who is a Japanese composer. The anime was produced by TMS Entertainment and directed by Akitaro Daichi. It ran from October 1, 2012, to December 24, 2012, on TV Tokyo.