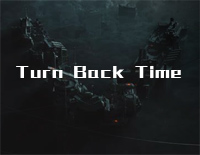 Free Turn Back Time piano sheet music is provided for you. So if you like it, just download it here. Enjoy It!

Turn Back Time is a song by Chinese boy band WayV included on their first studio album Awaken the World.

To promote the album, the group performed "Turn Back Time" on several South Korean television music programs, with an accompanied Korean version of the song released separately on June 18, 2020.

The song achieved an increasing digital performance on local music charts comparing to the group's previous releases, remaining at the top spot for seven consecutive days and was certified with a Gold Medal on QQ Music Popularity Chart. It also ranked at number three on UNI Chart (previously known as Yo! Bang), a weekly music ranking by Tencent Music that covers data from three China's biggest music platforms: QQ Music, Kugou, and Kuwo, becoming the group's first entry to the top three of the chart.