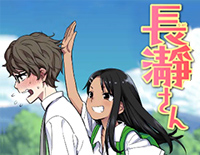 Free Easy Love piano sheet music is provided for you. So if you like it, just download it here. Enjoy It!

Easy Love is used as the opening theme song for the anime series Don't Toy With Me, Miss Nagatoro. The series is directed by Hirokazu Hanai at Telecom Animation Film, with Taku Kishimoto supervising scripts, Misaki Suzuki designing the characters, and Gin composing the music. It premiered on April 11, 2021 on Tokyo MX and other channels.

And Easy Love is performed by Sumire Uesaka, a Japanese voice actress and singer who is currently affiliated with Voice Kit. She won the Best Rookie Actress at the 10th Seiyu Awards. She made her singing debut in April 2013 under King Records.