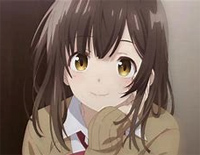 Free Omoide Shiritori piano sheet music is provided for you. So if you like it, just download it here. Enjoy It!

Omoide Shiritori is used as the opening theme song for the anime series Higehiro, short for Higehiro: After Being Rejected, I Shaved and Took in a High School Runaway. The series was revealed to be a television series produced by Dream Shift, animated by Project No.9 and directed by Manabu Kamikita, with Deko Akao handling series composition, and Takayuki Noguchi designing the characters.

And Omoide Shiritori is performed by Dialogue+ , a Japanese idol group which is signed to Pony Canyon. The group, consisting of eight voice actresses, debuted in 2019 with the release of their first single Hajimete no Kakumei.