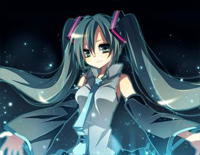 Free Anata e, Requiem o. piano sheet music is provided for you. So if you like it, just download it here. Enjoy It!

Anata e, Requiem o. or named To you, a Requiem. is a song performed by Japanese VOCALOID Hatsune Miku.

Hatsune Miku was initially released in August 2007 for the VOCALOID2 engine and was the first member of the Character Vocal Series. On August 31, 2019, Miku received her first voicebank outside of VOCALOID, that being Piapro Studio with her NT release. While Crypton is focusing on their own program, they are still in collaboration with YAMAHA and will continue to sell VOCALOID products in parallel to the Piapro Studio editions.


Meanwhile, we also offer Aironi-Irony sheet music for you to download
[ + More Information ]