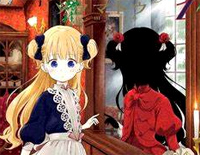 Free Nai Nai piano sheet music is provided for you. So if you like it, just download it here. Enjoy It!

Nai Nai is used as the ending theme song for the anime series Shadows House. The series is animated by CloverWorks and directed by Kazuki Ōhashi, with scripts written by Toshiya Ōno, character designs by Chizuko Kusakabe, and music composed by Kenichiro Suehiro. It premiered on April 11, 2021 on Tokyo MX and other channels.

And Nai Nai is performed by ReoNa, a Japanese singer who is signed to Sacra Music. Having been active as a cosplayer and independent musician, she made her major debut in 2018.