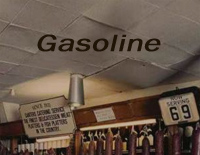 Free Gasoline piano sheet music is provided for you. So if you like it, just download it here. Enjoy It!

Gasoline
is a song by American band Haim from their third studio album Women in Music, Pt. III. The song was written by the band members along with Rostam Batmanglij, and produced by Batmanglij, Danielle Haim, and Ariel Rechtshaid.

A remix of "Gasoline" with American singer-songwriter Taylor Swift was recorded as one of two new tracks on the expanded edition of the album. It was released as a single by Columbia Records on February 19, 2021. The remix marks Haim's second collaboration with Swift, following "No Body, No Crime" from Swift's 2020 album Evermore.


Meanwhile, we also offer Forever sheet music for you to download

The Lyrics of Gasoline: