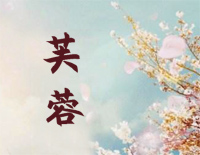 Free Fu Rong piano sheet music is provided for you. So if you like it, just download it here. Enjoy It!

And Fu Rong was performed by Ju Jingyi who is a Chinese singer, dancer, and actress. She rose to fame as a member of Chinese idol girl group SNH48.