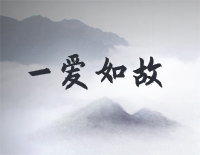 A Love Like Before is used as an insert song for 2021 Chinese television series The Long Ballad. Based on the 2011 comic manhua of same name by Xia Da, the story is about a princess who must seek revenge for her family, and in doing so, her fate intertwines with a handsome tribal prince. The Long Ballad is a fictitious love story set against the backdrop of the Tang dynasty, during the reigns of Emperor Gaozu and Emperor Taizong. Although the story features some real historical figures in Chinese history; many of the main characters and plotlines are fictional.

And A Love Like Before is performed by Liu Yuning who is a Chinese mainland pop singer, actor, and the lead singer of Modern Brothers.