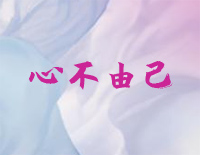 Free Involuntary Heart piano sheet music is provided for you. So if you like it, just download it here. Enjoy It!

Involuntary Heart is used as an insert song for 2017 Chinese television series Fighter of the Destiny. Adapted from the nove of the same name by Mao Ni, the series stars Lu Han, Guli Nazha, Janice Wu and Zeng Shunxi. It aired on Hunan TV from 17 April to 1 June 2017.

And Involuntary Heart is sung by Yisa Yu who is a Chinese singer. She started out singing in bars and participated in several singing competitions. Her career took off after she achieved fourth place nationally in the 2009 season of Hunan TV's Super Girl.


Meanwhile, we also offer Stars sheet music for you to download
[ + More Information ]