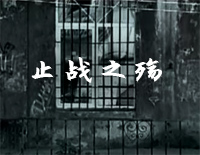 Free Wounds of War piano sheet music is provided for you. So if you like it, just download it here. Enjoy It!

Wounds of War is a song by Taiwanese singer Jay Chou from his fifth studio album Common Jasmine Orange released on 3 August 2004 by Sony Music Taiwan. It was listed at number 88 on the 2004's Hit FM Top 100 Singles of the Year chart. The album was nominated for six Golden Melody Awards. The album won for an IFPI Hong Kong Top Sales Music Award for Best Selling Mandarin Album of the Year. According to IFPI, The album is also listed at number 43 of 2004's global best-selling albums.