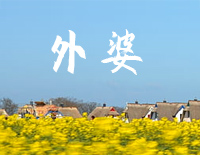 Free Grandma piano sheet music is provided for you. So if you like it, just download it here. Enjoy It!

In 2003, Chou released his fourth album Yeh Hui-mei named after his own mother. After the release of this album, he attended the Golden Melody Awards for his previous album's nomination. The album The Eight Dimensions was nominated for 5 categories but won none. Chou didn't take this too lightly, as he wrote on his next album the song "Grandma" that he actually takes the Golden Melody Awards too seriously. Ironically, his then-current album Yeh Hui-mei would go on to win a Golden Melody "Best Album of the year " award in 2004.