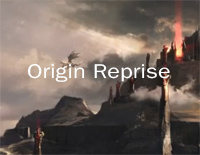 Free Origin Reprise piano sheet music is provided for you. So if you like it, just download it here. Enjoy It!

Origin Reprise is a song by TheFatRat released on 20th July 2018. It is track #5 in the album Warrior Songs. Warrior Songs is a music pack for the video game Dota 2, which has been made available in the game as of September 13, 2018, according to Matthew "Cyborgmatt" Bailey, director of operations of Team Secret. TheFatRat is a German DJ, record producer and musician. His genre is often described as "glitch-hop".


Meanwhile, we also offer Monody-TheFatRat sheet music for you to download
[ + More Information ]