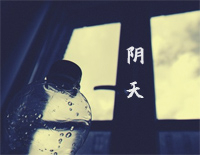 Free Overcast piano sheet music is provided for you. So if you like it, just download it here. Enjoy It!

Overcast is a song performed by Hong Kong pop singer Karen Mok included on her album YOU CAN released in 1999. As one of the leading Asian pop singers and actresses with a career spanning three decades, Karen Mok is the first female Hong Kong singer to win the Golden Melody Award and has won it a total of three times. She has released 17 solo studio albums, starred in over 40 movies, has over 15 million followers on leading Chinese social media site Weibo and holds the Guinness World Record for the Highest Altitude Music Concert.


Meanwhile, we also offer Growing Fond of You sheet music for you to download
[ + More Information ]