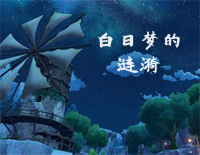 Free Ripples of Daydream piano sheet music is provided for you. So if you like it, just download it here. Enjoy It!

Ripples of Daydream is used as one of the background music for the game Genshin Impact. It is composed by Yu-Peng Chen and HOYO-MiX included on the album The Shimmering Voyage. Genshin Impact takes place in the fantasy world of Teyvat, which is home to seven distinct nations, each of which is tied to an element and ruled by a god associated with it. The story follows a twin, referred to as the Traveler (with the gender chosen by the player), who has traveled across many other worlds but has become separated from their twin sibling (of the opposite gender) in Teyvat. The Traveler travels in search of their lost sibling with their companion Paimon, and becomes involved in the affairs of Teyvat's nations and gods.