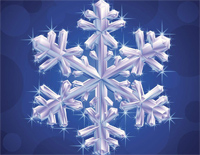 Snowdream numbered musical notation and stave are corresponding completely which is suitable for EOP Demon Training Camp members to practice!

Snowdream
is from One Day In Spring in 1998 by Bandari who is a New Age music band on the AVC Audio Video Communications AG record label of Au, Switzerland. However, the group is known only in China and Taiwan.

Then you like it, you can also download the free Snowdream sheet music to play with Everyone Piano. Just Enjoy It!