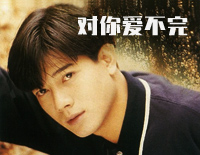 Free Silhouette Ni Wa Odorenai piano sheet music is provided for you. So if you like it, just download it here. Enjoy It!

Silhouette Ni Wa Odorenai is originally performed by Japanese idol singer Toshihiko Tahara. Then in 1990, Hong Kong singer Aaron Kwok recovered it and renamed to "Loving You Never Stop". Active since the 1980s, Kwok is known as one of the "Four Heavenly Kings" of Hong Kong. Dubbed the "God of Dance", wok's onstage dancing is influenced by the late American performer Michael Jackson.