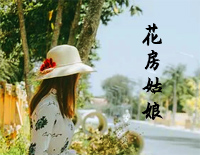 Free Greenhouse Girl piano sheet music is provided for you. So if you like it, just download it here. Enjoy It!

Greenhouse Girl is a song by Chinese singer-songwriter Cui Jian included on his 1989 album Rock 'N' Roll on the New Long March. It is technically his second album as an album called Return of the Prodigal was released in 1984 in Hong Kong and Taiwan only, but he considers it his first and does not acknowledge the previous one. It is Cui's most successful album, and is considered China's first rock album.