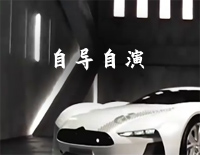 Free Self Directed Act piano sheet music is provided for you. So if you like it, just download it here. Enjoy It!

Self Directed Act is performed by Taiwanese singer Jay Chou from his tenth studio album The Era. Released on 18 May 2010 by Sony Music Taiwan, the album was nominated for six Golden Melody Awards and won for Best Mandarin Male Singer, Best Mandarin album, and Best Musical Arrangement for "Free Tutorial Video".