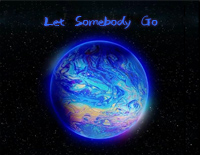 Free Let Somebody Go piano sheet music is provided for you. So if you like it, just download it here. Enjoy It!

Let Somebody Go is a song by British rock band Coldplay and American singer Selena Gomez. It appears as the fifth track from the former's ninth studio album, Music of the Spheres. The track was produced by Max Martin, Oscar Holter, Rik Simpson, Daniel Green, and Bill Rahko and was released along with the album worldwide on 15 October 2021.

A space-themed lyric video, featuring animated handwritten lyrics, was released together with the song on 15 October 2021, the day Coldplay's ninth album Music of the Spheres was released. The video was directed by Pilar Zeta and Victor Scorrano.


Meanwhile, we also offer Paradise-Coldplay sheet music for you to download

The Lyrics of Let Somebody Go: