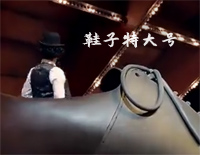 Free Extra Large Shoes piano sheet music is provided for you. So if you like it, just download it here. Enjoy It!

Extra Large Shoes is a song by Taiwanese singer Jay Chou included on his thirteenth studio album Aiyo, Not Bad released on 26 December 2014 by Sony Music Taiwan and JVR Music. The album was nominated for three Golden Melody Awards. Dubbed the "King of Mandopop", and having sold over 30 million records, Chou is one of the best-selling artists in the Greater China Area and is known for his work with lyricist Vincent Fang, with whom he has frequently collaborated on his music.