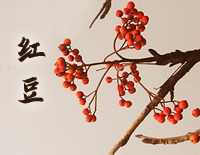 Free Red Beans piano sheet music is provided for you. So if you like it, just download it here. Enjoy It!

Red Beans is a song by Hong Kong singer-songwriter Faye Wong included on her 1998 Mandarin album Sing and Play. The album was noted for some of its ballads, in contrast to the pop songs which had provided most of Faye Wong's hits around that time. And "Red Beans" has been popular song of the album. As of February 1999, the album sold almost 90,000 copies, including imports.