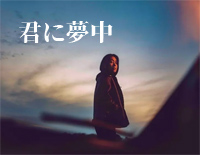 Free Kimi ni Muchuu piano sheet music is provided for you. So if you like it, just download it here. Enjoy It!

Kimi ni Muchuu is performed by Japanese-American singer-songwriter Utada Hikaru as the theme song for TBS's drama Saiai. Saiai is an original suspense love story produced by Arai Junko, directed by Tsukahara Ayuko, and written by Okudera Satoko and Shimizu Yukako. It will star Yoshitaka Yuriko as Sanada Rio, a businesswoman who becomes a witness of a murder case, Matsushita Kohei as Miyazaki Daiki, a detective pursuing the murder case, and Iura Arata as Kase Kenichiro, a lawyer who defends Rio.


Meanwhile, we also offer Hikari sheet music for you to download
[ + More Information ]