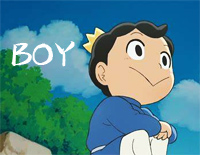 Free BOY piano sheet music is provided for you. So if you like it, just download it here. Enjoy It!


Meanwhile, we also offer Oz.-Ranking of Kings ED sheet music for you to download
[ + More Information ]