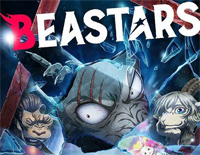 Free Kaibutsu piano sheet music is provided for you. So if you like it, just download it here. Enjoy It!

Kaibutsu is a song recorded by Japanese duo Yoasobi. And it was used as an opening theme song for the second season of the anime television series Beastars.

Kaibutsu is an upbeat fast-paced song with a catchy chorus, tells about a carnivore trying to coexist with herbivores in a cruel world. Although this idea is unrealistic, it still protects the herbivore. To adhere to its ideals, it decides to become strong and confront the whole world.


Meanwhile, we also offer Wild Side sheet music for you to download
[ + More Information ]