One Last Kiss-Evangelion 30 10 Thrice Upon a Time Theme 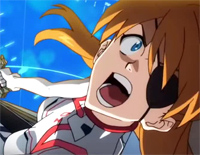 Free One Last Kiss piano sheet music is provided for you. So if you like it, just download it here. Enjoy It!

One Last Kiss is used as the theme song for 2021 Japanese animated science fiction film Evangelion: 3.0+1.0 Thrice Upon a Time.

The song, performed by Hikaru Utada and co-produced by Utada and A.G. Cook, was scheduled to be released for digital download on January 24, 2021, and as an extended play CD and LP record featuring remastered versions of the previous Rebuild of Evangelion theme songs on January 27. It was released alongside the film on March 9, 2021 and internationally in the summer. Utada noted this was the first time they wrote the song's lyrics based on reading a finished version of the film's script, instead of simply skimming over early rough drafts. Anno also directed the music video for the song.